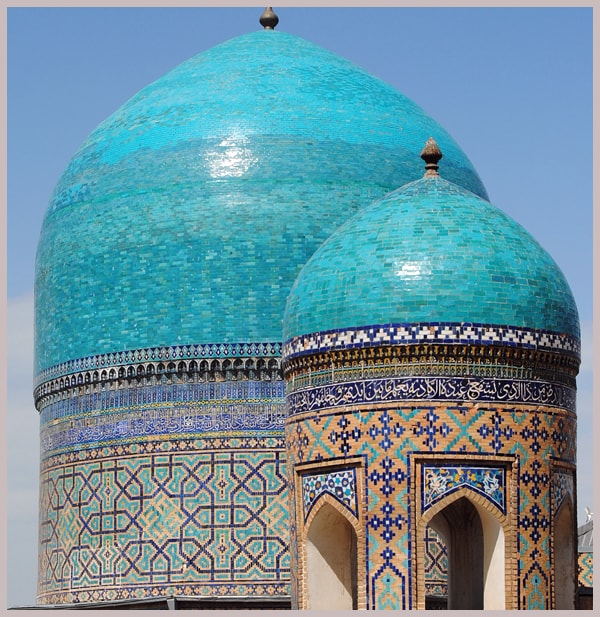 Day 1: Tashkent- Samarkand (transfer or train)
Meeting with the guide at the airport and transfer to Tashkent and you start your travelling. In the morning there will be a sightseeing tour of Tashkent, capital of Uzbekistan. It includes a visit to the main square of the capital .it was built as a symbol of victory over fascism. Next, the plan is to walk along the pedestrian street between Independence square and Amir Timur square. The next part of the tour is a visit to the old city.Chorsu Bazaar, Kukeldash madrasah and Khast Imam complex consisting of several madrasahs, mosques and a mausoleum. One of the main exhibits is the Koran of Osman, it is the oldest copy of the Koran. This Koran belonged to Osman Ibn Affan, the third Caliph (of the four righteous caliphs who succeeded the prophet Muhammad). He was killed in the 8th century and you can still see the blood spilled on the Koran. Transfer by train or car to Samarkand. This night you will spend in the hotel.

Day 2: Samarkand - Tashkent (evening train)
Samarkand is one of the oldest cities located in the valley of the Zeravshan river. The second largest after Tashkent. Today's tour includes a visiting of Registan, Shahi-Zinda, the mausoleum of Guri Emir and the bi bi Khanum mosque. Registan square, a complex of three charming madrasas built in the 15th-17th centuries. This place is the main attraction of Samarkand. The Shahi-Zinda architectural complex is a large collection of mausoleums dating from the 11th-15th centuries and is under UNESCO protection. The bi-Khanum mosque was built by Tamerlane after a successful campaign in India. The glittering walls, high minarets, and wide, carved marble portal of the mosque were supposed to glorify the name of Temur and his beloved wife for centuries. This city is one of the glorious cities of Uzbekistan. In the evening, you will return to Tashkent by train. After arrival to Tashkent you will stay in the hotel. It is the last day of your excellent tours in Uzbekistan.

Day 3: Flight
Morning pick up to the airport.