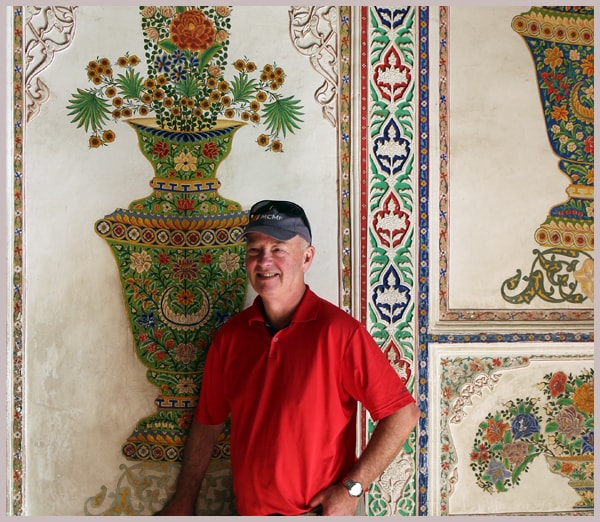 Day 1: Tashkent
Your guide will meet you at the airport and transfer to the city to begin your travel. Full day is devoted to a sightseeing tour in Tashkent, capital of Uzbekistan. You will visit the main Independence square, walk along the local Broadway until you reach Amir Timur square. Further you will ride the one of the most popular subways in the world - Tashkent metro. Then you will visit the old part of the city, which includes: Chorsu Bazaar, Kukaldash Madrasah and Hast Imam complex that consists of several madrasahs, mosques and mausoleum. The highlight of the exhibition is world's oldest Quran copy dating back to 8th c. It belonged to Othman Ibn Affan, the Third Caliph. He was killed by non-muslims in 8th century. You still can see his blood spread on the pages of Quran. At the end of the day your transfer will take you to the hotel.

Day 2: Tashkent - Samarkand
After breakfast you will be transferred to railway station of Tashkent and to travel by train to Samarkand. Samarkand is the second largest city of Uzbekistan. It is as old as Babylon or Rome. Today you will visit its most outstanding sights such as Registan square, Shakhi-Zindeh, Mausoleum Guri Emir and Bibi Khanum Mosque.  The city has carefully preserved the traditions of ancient crafts: embroidery, gold embroidery, silk weaving, engraving on copper, ceramics, carving and painting on wood. In 2001, UNESCO added the city to its World Heritage List as Samarkand - Crossroads of Cultures. Overnight is at the hotel.

Day 3: Samarkand - Gijduvan - Bukhara
After breakfast we will start our way to Bukhara. On the way, we will stop over at Gijduvan village to visit famous pottery workshop. Since ancient times Gijduvan has been known as a craft and trade centre. The incredibly beautiful and truly unique ceramics is a special pride of the village. The Gijduvan ceramic school is quite unique and is characterised by the use of geometric, zoomorphic and plant patterns, the last two mostly represented by birds and flowers. The knowledge that the ceramists from Gijduvan use today has been passed from generation to generation. Today, the sixth generation of craftsmen from the Narzullaev family lives in Gijduvan, who glorified the Gijduvan school of ceramics throughout the world. Then we continue driving to Bukhara. Night is in a hotel.

Day 4: Bukhara
Today will be devoted to Bukhara city tour. The name of Bukhara originates from the word "vihara" which means "monastery" in Sanskrit. With more than 140 architectural monuments it is a town museum dating back Middle Ages. The tour includes travelling to Ark Citadel , Samanids mausoleum, a real masterpiece of architecture of 9th -10th century, the Chashma Ayub, and Bolo-Hauz mosque, also known as the mosque of forty columns. Then you will walk along the shopping domes and visit famous Nodir Divan Begi madrasah, a part of Lyabi House Ensemble. The tour will end with Poi Kalon complex. Night is in a hotel.

Day 5: Bukhara
Today we will continue exploring surroundings of Bukhara. Once the city was a center of learning renowned throughout the Islamic world on the territory of Uzbekistan. It is the hometown of the great Sheikh Bakhouddin Nakshbandi. He was a central figure in the development of the mystical Sufi approach to philosophy, religion and Islam. We will start with visiting his memorial complex. It consists of Kushbegi and Muzafarohana mosques, courtyard, madrasah, and burial vault of Bukhara rulers and tomb of Saint Bakhauddin Nakshbandi. Then we will drive to Sitorai Mohi Hosa complex, named after young wife of Bukhara's Emir, after her death. The palace is the combination of various architectural styles. You will drive to Sumiton village to visit Chor Bakr memorial complex, the town of the dead. After excursion you will be transferred to the hotel.

Day 6: Bukhara - Khiva
In the morning we will start our drive to Khiva. Khiva is a very ancient city in Uzbekistan. According to archaeological evidence, the city existed as early as the 6th century CE, but it was first recorded in the 10th as a major shopping center on the Great Silk Road. All caravans bound for China and back made a stop here. The history of Khiva is inseparable with  the legendary Khorezmshahs State. The historic sights have been so well preserved that it's sometimes reffered as a ‘museum city'. The road from Bukhara to Khiva goes through famous Kizilkum desert. On the way we will enjoy the view to Amu Darya river, the deepest river in Central Asia, formed by the confluence of the Panj and Vakhsh in Tajikistan and then flowing into Aral See. Upon arrival in Khiva you will have free time. Night is in a hotel.

Day 7: Khiva
Today you will have a wonderful sightseeing tours in the oldest city of Uzbekistan. Most of the city looks like an open-air museum. And the core of this museum is Ichan-Qala fortress. It is inside this fortress that all the architectural masterpieces of Khiva are concentrated. It consists of over 400 traditional dwelling houses and about 60 architectural monuments all surrounded by strong walls. Ancient buildings, palaces, mosques, Madrasahs, Mausoleums, Minarets, Caravan-Sarais and Bathhouses were preserved for next generations. In 1990, the city was inscribed on the UNESCO World Heritage List. Overnight in a hotel.

Day 8: Khiva - Ayaz Qala - Tuprak Qala - Khiva - Tashkent
Today we will visit two famous fortresses: Ayaz Qala and Turpak Qala. Ayaz Qala is an ancient castle of Khorezm, consisting of three parts. The three qalas stood guard over an oasis and a fertile plain that existed in the first millennium BCE, and provided refuge for the inhabitants when the countryside was under attack by invaders. Tuprak Qala was where the rulers, Shakhs, and nobility of Khvarizem had their residences. It was also an administrative and religious centre, if not the capital of Khvarizem. Archeologists claim that fortress was built in 1 or 2-century AD. It was occupied until 6th century AD. Continues wars and invasions exhausted the city and remained it without any sign of life. After excursions we continue our drive to Tashkent. Night is in a hotel.

Day 9: Flight
Transfer to the airport.