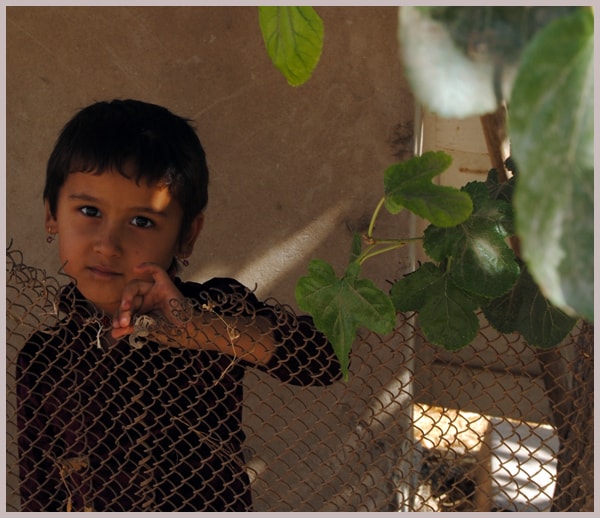 Day 1: Tashkent
Your guide will meet you at the airport and accompany to Tashkent. Today is dedicated to a sightseeing tour. During the tour we will visit Independence square and Amir Timur square. Independence Square is a central square of Tashkent. With several monuments and fountains, surrounded by impressive public buildings it is a showcase of modern Uzbekistan. Amir Timur Square is located just in the heart of Tashkent. In the middle of the square is the monument of the famous military leader Amir Timur commonly known as Tamerlan.  We will also take a ride in famous Tashkent metro, among the most beautiful subways in the world. In the second part of the day we will get around the old part of the city. We will see the medieval monuments of architecture, such as Chorsu Bazaar, Kukaldash Madrasah and Hast Imam. Night is in a hotel.

Day 2: Tashkent - Samarkand
After breakfast you will travel to Samarkand by train. Samarkand is second largest city of Uzbekistan. In 2001, UNESCO added the city to its World Heritage List as Samarkand - Crossroads of Cultures. You will visit Registan square, Shakhi-Zindeh, Mausoleum Guri Emir and Bibi Khanum Mosque. Samarkand's Registan square was the ancient center of the city, and is bound by three monumental religious buildings. Architectural complex of Shakhi-Zindeh is a big collection of mausoleums dating back to 11th-15 centuries. The Bibi-Khanym Mosque, rebuilt during the Soviet era, remains one of the city's most notable landmarks. Overnight is at the hotel.

Day 3: Samarkand - Bukhara (morning train 10:15-11:45)
You will have a morning train to Bukhara to continue your travelling in Uzbekistan. You will start your trip with a walking tour, which will lead you through the most famous sights of the city. Bukhara served as the capital of the Samanid Empire. Ark Citadel served as a palace for several dynasties of the Empire. You will see Samanids mausoleum, a real masterpiece of architecture of 9th -10th century. Afterwards you will visit Chashma Ayub Mausolem and Nodir Divan Begi madrasah. The tour will end with visiting Poi Kalon complex, which consists of three structures built in the 12th - 16th centuries: Kalon minaret, Kalon mosque and Mir Arab Madrasah. Night is in a hotel.

Day 4: Bukhara
Today you will continue exploring Bukhara, one of the amazing sites of Uzbekistan. First you will visit Bahauddin Naqshbandi complex, located few kilometers out of the city. It is a memorial complex of famous Sufi Leader and Philosopher, Sheikh Bakhauddin Nakshbandi. Today complex consists of mosques of Kushbegi and Muzafarohana, madrasah, and burial vault of Bukhara rulers, the dakhma and the tomb of Saint Bakhauddin Nakshbandi. Then you will drive to see the countryside residence of Bukhara Emirs, Sitorai Mohi Hosa complex. Emir named the palace in honor of his wife who died while young. You will finish the day visiting Chor Bakr memorial complex, also called town of the dead. Construction of the complex began during the Samanids reign until the 16th century. Night is in a hotel.

Day 5: Bukhara - Khiva
Today we will start our drive to Khiva, the most ancient open-air city museum in Uzbekistan. The city is divided into two sections. One being the museum-like Ichan-Qala, and the modern Dichon-Qala, where both the majority of the population live and where all of the modern buildings exist, but glimpses of Khiva's greatness as a center of Islamic power still linger. The historic heart of Khiva have been so well preserved that it's sometimes reffered as a ‘museum city'. Outside the walls, Khiva is still a very walkable city. You can access the main bazaar, either through the Caravanserai through the Ichon-Qala east gate or you can walk around the Ichon-Qala walls on the north side until you see the produce sellers sitting near the western wall. Night is in a hotel.

Day 6: Khiva
Today you will have a sightseeing tours inside the Ichan-Qala. The historic inner city of Khiva, surrounded by powerful walls, the pearl of the Khorezm oasis, has been declared a World Heritage Site by UNESCO. The main sights lie within the massive Ichon-Qala, which contains almost all of the ancient buildings of Khiva. There are four gates on each side of the wall. Old Town consists of more than 400 traditional dwelling houses and about 60 architectural monuments. The most remarkable sites are the Kunya-Ark fortress dating back to 17th century, found by Muhammad Arang Khan, Kalta Minor minaret and Tash Khouvli palace, an incredible architectural mastership of 1830s. Night is in a hotel.

Day 7: Khiva - Ayaz Qala - Tuprak Qala - Khiva - Tashkent
Today we will visit Ayaz Qala and Turpak Qala fortresses to continue your sightseeing tours in Uzbekistan. Ayaz Qala consists of three fortresses which were built from the 4th century BCE to the 7th century CE. It is named in honor of legendary warrior-slave Ayaz, a Turkic folklore hero. The World Monuments Fund has put Ayaz Qala on the watch-list of 100 most endangered sites. Tuprak Qala, means ‘clay fort', was the royal city of Khorezmian ruler Artav. Archeologists claim that fortress was built in I or II century AD. It was occupied until 6th century AD when it fell into disuse. After excursions we continue our drive to Tashkent. Night is in a hotel.