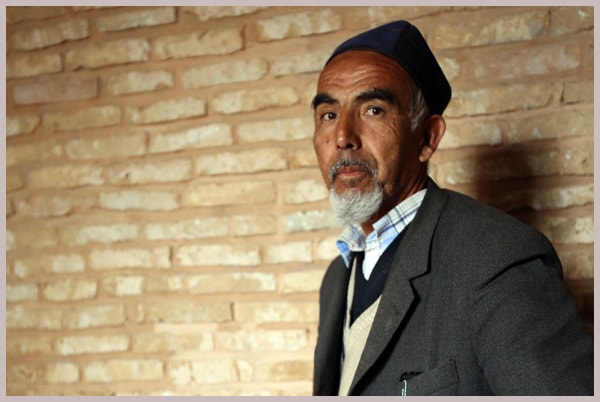 Day 1: Tashkent
After arrival, the guide will meet you at the airport and take you to Tashkent and start your travel. All day it will show the main sights of the capital of Uzbekistan. The city tour includes a visit to Independence Square.It was built after the war in honor of the victory over fascism. Also between the 2 squares Victory square and Amir Temur square there is a pedestrian street along which you will also walk. You can also take a ride in the local metro, which is considered one of the most beautiful in the world. In the afternoon you will be able to see the old part of the city. Take a walk through the Chorsu Bazaar, Kukeldash madrassah and the Khast Imam complex, which consists of several madrassas, mosques and a mausoleum. There you will see the oldest copy of the Koran Dating back to the 8th century. The Koran belonged to Osman Ibn Affan, the third Caliph (of the four righteous caliphs who succeeded the prophet Muhammad). Osman was killed in the 8th century. His blood was spilled on the Koran, which you can still see on its pages. Overnight at the hotel.

Day 2: Tashkent - Samarkand
Today, after Breakfast, you will take the train to Samarkand. Samarkand is the second city after Tashkent and is the same age as such cities as Rome and Babylon.A visit to Samarkand includes a tour of Registan square, Shahi-Zinde, the mausoleum of Guri Emir and the bi bi Khanum mosque. Registan square is a key attraction of this city. It consists of three charming madrasas Dating from the 15th-17th centuries. The grandeur of this place impresses all tourists and visitors of the city. Shahi Zinda is a monument of medieval architecture in Samarkand.This is the mausoleum of the Karakhanid and Timurid nobles. The Bi-Bi Khanum mosque was erected by order of Tamerlane after his victorious campaign in India. Construction began in May 1399. The site of the future mosque was chosen by Timur himself. Masters of India, Iran, Khorezm, and the Golden Horde were involved in the construction. This city is one of the favorites of travellers. You will stay in the hotel in Samarkand.

Day 3: Samarkand - Bukhara (morning train 10:15-11:45)
In the morning, you will take the train to Bukhara. The whole day is dedicated to excursions in this beautiful city. The city tours will begin with a visit to the Ark citadel, which served as a Palace for several dynasties of the Bukhara Empire. The fortress is the oldest architectural and archaeological monument of Bukhara Then, a real masterpiece of architecture of the 9-10 century-the Samanid mausoleum. After that, you will go to Chashma-Ayub, which means the Well of job and the Bolo-Hauz mosque built in honor of the Bukhara ruler Abu-Fayud Khan consisting of forty columns. Then you have the opportunity to walk through the shopping domes and visit one of the most famous madrasahs in Bukhara called Nodir Divan Begi medrese Nadir Divan Begi is part of an architectural complex located around the famous Lyabi house in Bukhara. The building of the madrasah itself, as well as the khanaka located nearby, received their name in honor of the vizier Nadir, on whose orders they were built. The tour will end with a visit to the POY Kalon a unique example of architectural art in Bukhara. This complex was built in the XII-XVI centuries: the Kalon minaret, the Kalon mosque and the Mir Arab madrasah. Overnight is in the hotel.

Day 4: Bukhara - Tashkent (afternoon train, 15:20-19:10)
Today, the guide will give you a tour of the surrounding area of Bukhara, one of the most beautiful cities of Uzbekistan. The tour starts with a visit to the Bahauddin Naqshbandi Complex. Bahauddin Naqshbandi is a cult ensemble located in the suburban area of Bukhara. This is a place of pilgrimage for many Muslims, Bahauddin Naqshbandi was the spiritual mentor of Amir Timur Today the complex consists of the mosques of Kushbegi and Muzafarohan, a courtyard with a pool, a madrasah and the tomb of the Bukhara rulers and a dakhma on the grave of Saint Bahauddin Naqshbandi. After that, visit the residence of Bukhara emirs-Sitorai Mohi Khosa complex. Several architectural styles were used in the construction of the Palace. The Palace was named after the Emir's young wife who died in young age "the star and moon Palace ". After the tours, we will transfer to the railway station of Bukhara and go to Tashkent. Your guide will take you to the hotel after excursion.

Day 5: Flight
In the morning is transfer to airport.