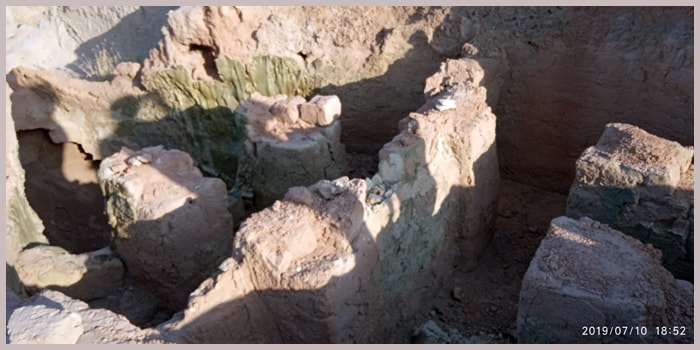 Name of the tour: The Mesmerizing Turkmenistan
Duration: 8 days

Day 1: Ashgabat
Meet your guide at the Ashgabat International Airport. At that point begins the city tour: visiting the parks and squares of the capital, Ertogrul Ghazi mosque, the archeological site "Nisa" (The remnants have mud block survives from strongholds and royal residences, sanctuaries, function corridor, treasury building. It covers the remaining parts of Parthian progress, what joined the conventional craftsmanship and culture with Hellenistic and Roman components. At that point visiting Turkmenbashy otherworldly mosque in Kipchak. Appearance in Ashgabat. Night will be in a guesthouse.

Day 2: Ashgabat - Merv - Ashgabat
fter the morning meal lodging look at, drive to Mary city. In transit stop at Annau, the remains of the 15th century Seyit Jamal-promotion Din Mosque, Abi-ward, was an ancient Sassanid city in present dayTurkmenistan. Archaeological excavations in the old city of Abiward have been made in the last century to about 8 km west of the Kahka station in a region of 12,000 meters squared. The central tel  is 60 feet high and 700 feet round. Continue towards Mary city. Visit an Ancient Mery (UNESCO World Heritage Site). One of the major archaeological destinations of Central Asia, Merv had a significant influence in the improvement of the Silk Road for more than 2 000 years. The mind blowing XII c. sepulchers of Sultan Sanjar and Muhammed ibn-Zeyd, showing choice Seljuk period brickwork and building stylistic layout. After supper drive to the airport for the flight to Ashgabat.

Day 4: Turkmenbashi - Yaginkala - Ashgabat
Today after breakfast, drive to Yangykala. "Yangikala" is interpreted from Turkmen as "fire strongholds". You will visit Yangikala gulch, Gozli Ata journey place. After supper drive back to Turkmenbashi local air terminal, trip to Ashgabat. Night will be in a guesthouse.

Day 5: Ashgabat - Darwaza - Kunya Urgench - Dashoguz
Toward the beginning of the day the gathering will venture out toward the north of Ashgabat in transit we will visit the town Erbent where can be familiar with life of the Turkmen individuals. Proceed with the searing pit in the town Darwaza. After lunch drive to Kunya Urgench, visit a building landmarks of Old Urgench, Khorezm capital X-XII hundreds of years. During the visit, visit the Mausoleum of Najm al-Din al-Kubra, TyurabekKhanum, Il-Arslan, Tekesh Ibn Hadzhibey, the most elevated minaret in Central Asia KutlygTimur. After drive to Dashaguz. Night will be in guesthouse.

Day 6: Dashoguz - Ashgabat
Early morning after breakfast legitimately drive to Dashoguz nearby airport, trip to Ashgabat. After arrivaldrive to Oriental Bazaar "Altyn Asyr", to see the excellence of Turkmen covers and silver gems, Souvenirs. Proceeding with the visit course to the nearby pony ranch to see the Akhal-Teke ponies. Yield of ponies of various hues, horse food on the pony inside the homestead. Night will be in a lodging.

Day 7: Ashgabat
After breakfast city tour. Visit nearby attractions: the Ark of Neutrality, Independence Park, landmark of Akhalteke ponies the remembrance devoted to the seismic tremor, the National Museum, autonomy period parks and landmarks. Night will be in an inn.