The treasures of Tajikistan 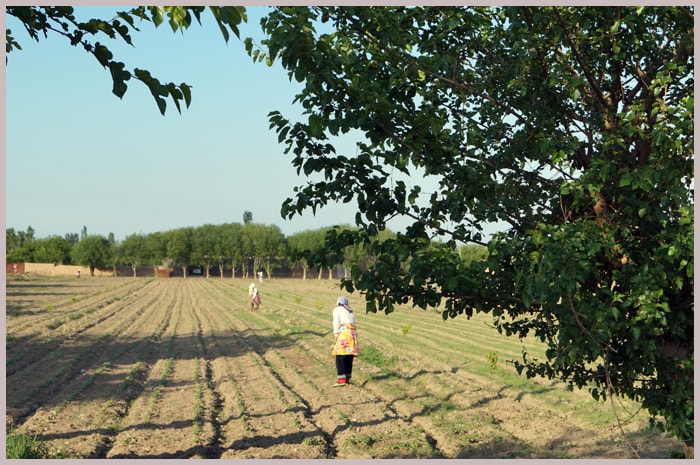 Name of the tour: The treasures of Tajikistan
Duration: 6 days

Day 1: Oibek - Khujand
Your driver will meet you at the border, he will then transport you to the Khujand city. The city with the population of 149000 is considered to be the capital of the Sughd province. Throughout the day, you will have a city tour during which you will visit the most significant places in the city. You will then spend your night in the hotel.

Day 2: Khujand - Istravshan - Khujand
The following day, you will travel to Istravshan. This city played a major role in the history of the Great Silk Road. Overall the city has different monuments that date back to II-VI BC. There are many different mentions of the city in the literature of the ancient civilizations. During this day you will visit Kuk Gumbaz which dates back to 15th century. You will be surprised by the riches of the wonderful ancient city which is full of different mosques and mausoleums. In the end of the day, you will drive back to Khujand.

Day 3: Khujand - Seven Lakes
The next day, you will travel towards the Fannsky Mountains. The road that you will be taking stretches over the 3378 meters above sea level pass. The mountain is considered to be one of the most famous hiking areas in Tajikistan. You will have a trip towards the seven lakes that are located 60km south of Panjakent. The lakes are located on a different altitudes and have different colors. You will also have a chance to talk to the locals and learn about their culture and customs. In the end of the day you will be brought to the guest house.

Day 4: Seven Lakes - Penjakent
The morning after, you will travel towards the city of Penjakent. The village is situated in the Zeravshan valley of the Khujand area. Penjakent means five villages there is a belief that the villages date back to 5th-8th centuries AD. During the day you will see the ruins of such monuments as temples, palace, paintings on the dwellings, church of worshippers of the fire and etc. You will then spend your night in the hotel.

Day 5: Penjakent - Dushanbe
The following morning, you will travel to Dushanbe. The road that you will take is considered as one of the most beautiful ones in Tajikistan. You will go through the Aznob pass at the altitude of 3372 meters above sea level and you will also have aa lot of photo stops during the day. Upon your arrival to the capital of Tajikistan, you will have a city tour. The capital is rich with various significant historical monuments. Apart from visiting the museums, parks and squares, you will also see the world's biggest flag which is 30 meters wide and 60 meters long and hangs on a 165 meter pole. In the end of the day, you will try some national food in an ethnic Tajik restaurat before returning to the hotel for the night.