The ancestors of the Kyrgyz, who were nomads wandering in the mountains, valleys and steppes, and therefore, during the travels, they had to quench their thirst. Thus, nutritious and healthy Kyrgyz traditional drinks appeared. Kyrgyz traditional drinks really differ in their useful properties due to their exclusively natural composition, travelers are convinced of this by trying them during a tour with rented cars service in Kyrgyzstan. By the way, by contacting our company, you can book the best tours with car rent Kyrgyzstan Lexus LX470 service to travel around the country. In this article, we will tell you a little about the most popular Kyrgyz traditional drinks and here they are:

Kymyz
Kymyz is a kind of Kyrgyz traditional drinks. It belongs to a number of fermented milk drinks. This ancient drink is made from mare's milk; by the way, it takes about 1.5 hours to milk the mares. Travelers will be able to taste the purest and freshest kymyz on the pastures during the tour by rented cars and going to the mountains. Traditionally, kymyz is served in leather jugs.

Maksym and Jarma
Maksym or Jarma is a tonic and thirst-quenching drink. This type of Kyrgyz traditional drinks is made from such cereals as wheat, talkan, and flour, which are fried in fat, then water is poured and salt is added and boiled all together. Then the not yet finished drink is left to cool for about 10 hours. Travelers will be able to take the tour with car rent Kyrgyzstan Lexus LX470 service and see the drink-making process, as well as try Jarma both warm and cold.

Airan
The Kyrgyz make such a drink as airan from cow's milk. This is also a kind of Kyrgyz traditional drink that resembles yogurt. Airan contains many beneficial bacteria. During the tour, travelers can be shown the process of making airan, for example, how milk is heated, then cooled and fermented for about 8 hours. Airan is often used to quench thirst.

Ak Serke
This traditional drink has a very strange composition, but despite this, it is very tasty. And so Ak Serke is made from 1 liter of beef broth and mixed with 200 grams of buttermilk and salt, and then left warm. They use the drink usually when they want to satisfy their hunger.

Bozo
Bozo is tasty and healthy, and at the same time, a low alcohol drink. This traditional bozo drink is made from natural ingredients such as millet, corn, wheat or rice. Traveling around Kyrgyzstan with rented cars during the tour, tourists will be able to drink both a strong bozo and a less strong one. 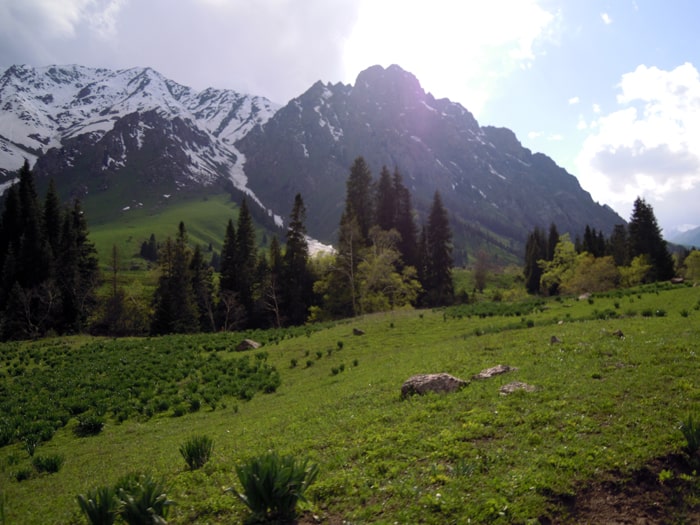